"Our company has stood the test of time because we have been guided by strong core values, passionately committed associates and an unshakable willingness to take long term view in how and where we invest."
- Brian M. McNeill , President & CEO


With over 100 years of growth, TPI has a strong presence in the technology and manufacturing sectors. TPI seeks to leverage its position and experience by identifying and building equity positions in emerging global companies to build strong returns.

TPI seeks acquisitions in early-growth stages where our unique capabilities can deliver the maximum impact on a company’s future operations.TPI brings world-class expertise to its investments and is committed to helping its portfolio grow into sustainable companies with leading market positions.

TPI strives to build a strategic relationship with the companies it acquires by offering guidance to existing management teams. TPI gives its companies the opportunity to develop and deliver upon their growth plans through their knowledge and passion for their customers, products and people. And TPI gives owners a wide range of exit options, with the confidence they are leaving their company in a position to grow and prosper. 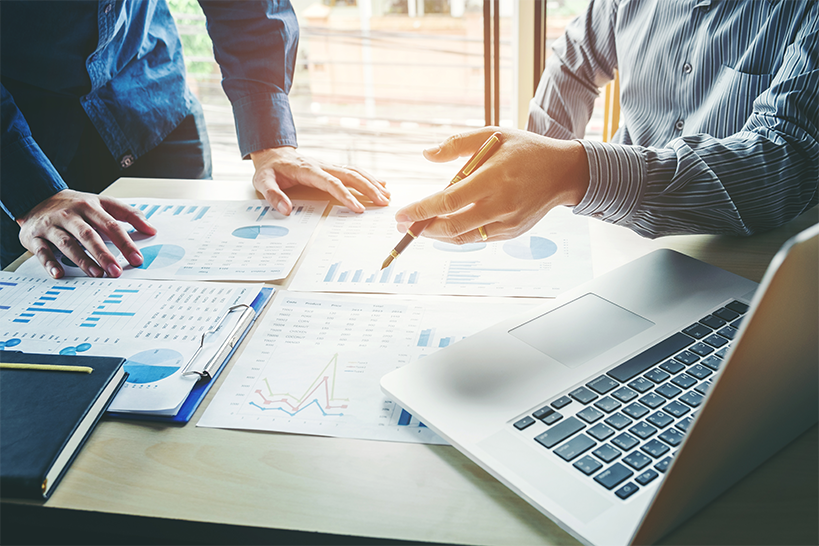 With over 100 years of growth, TPI has a strong presence in the technology and manufacturing sectors. TPI seeks to leverage its position and experience by identifying and building equity positions in emerging global companies to build strong returns.

Funding is only one aspect of the services provided by TPI. TPI was founded with the goal of creating value through performance improvement and business growth –bringing its capital resources, business guidance and diverse industry experience to help its portfolio succeed. The following characteristics set us apart from other investment firms: 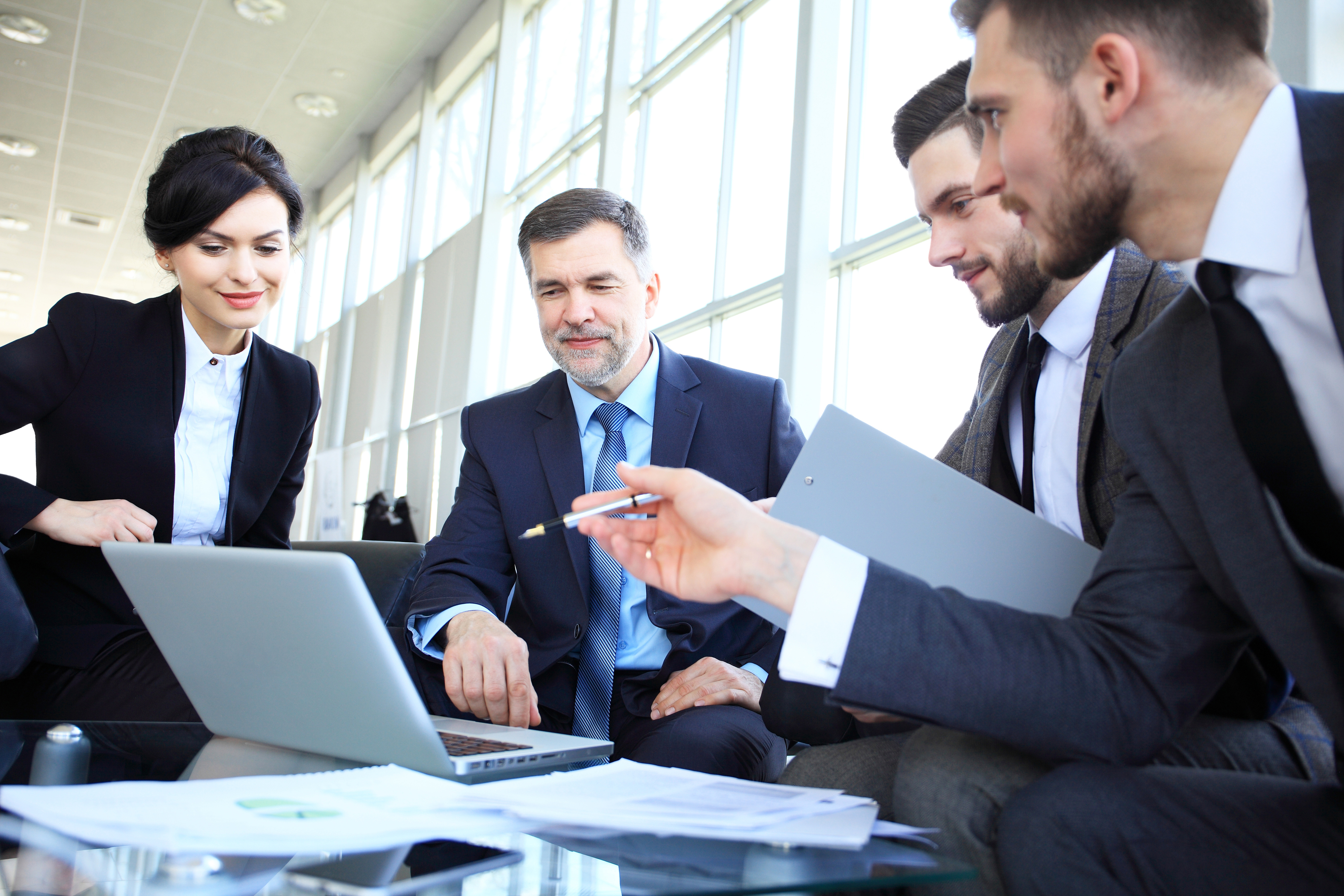 TPI strives to build a strategic relationship with the companies it acquires by offering guidance to existing management teams. TPI gives its companies the opportunity todevelop and deliver upon their growth plans through their knowledge and passion for their customers, products and people.

We believe that while a company’s technology and market position is important, management ultimately drives a company to be successful. The management teams of TPI’s companies will be independent and fully responsible for managing their company, satisfying their customers, developing their people and delivering on the agreed upon performance. TPI will act as a governing board and provide strategic and financial oversight as well as approvals on key capital and human resource investments.

TPI brings world-class expertise to its investments and is committed to helping its portfolio grow into sustainable companies with leading market positions. TPI seeks acquisitions in early-growth stages where our unique capabilities can deliver the maximum impact on a company’s future operations.

Touch Point Investments Inc. (TPI) actively seeks to make investments in privately-held companies experiencing steady growth in their respective industry segments, and is committed to providing growth equity and shareholder liquidity to established companies in the engineering, technology, healthcare and manufacturing segments. Typical characteristics of a TPI investment include:

TPI targets companies with value added products or services, with at least 2X GDP growth potential. Such companies will be in the early growth phase of the business, with proven revenue and profits and headquartered in the United States or Western Europe.

TPI chooses companies with at least three consecutive years of healthy performance, and with a strong management team who is fluent in the English language and willing to remain with the company for at least three years after the acquisition takes place.

TPI selects companies whose resources and core competencies can be leveraged across other investments or can significantly benefit from TPI’s knowledge base.

TPI seeks privately held companies at fair market multiples. We look to both incorporate acquisitions into our existing platforms as well as to create new platforms where companies have the potential to operate as an independent business.

TouchPoint Inc. builds and manages a diverse portfolio of innovative industry leading companies. This portfolio allows TouchPoint companies to leverage resources and knowledge across companies, providing a strategic advantage to each company. 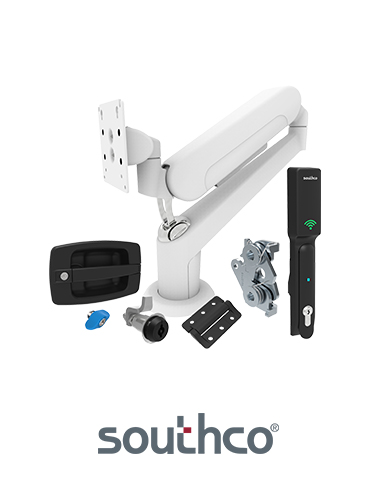 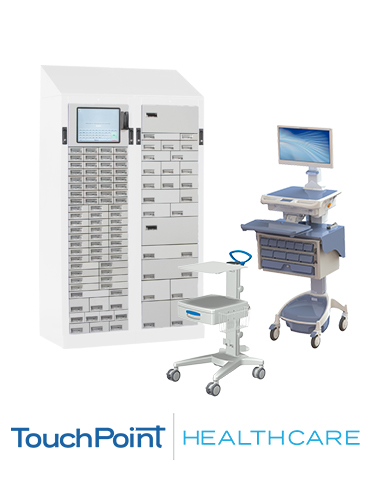 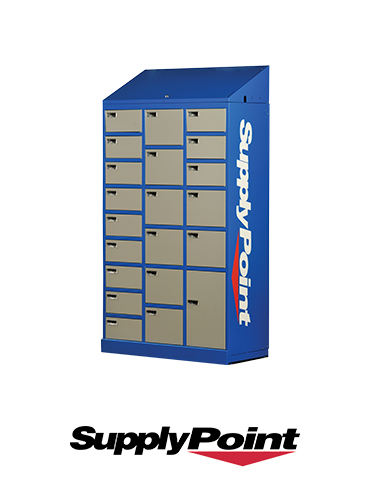 
The TouchPoint leadership team effectively manages the TouchPoint portfolio of companies. They provide specific guidance and support to accelerate the growth of each company. 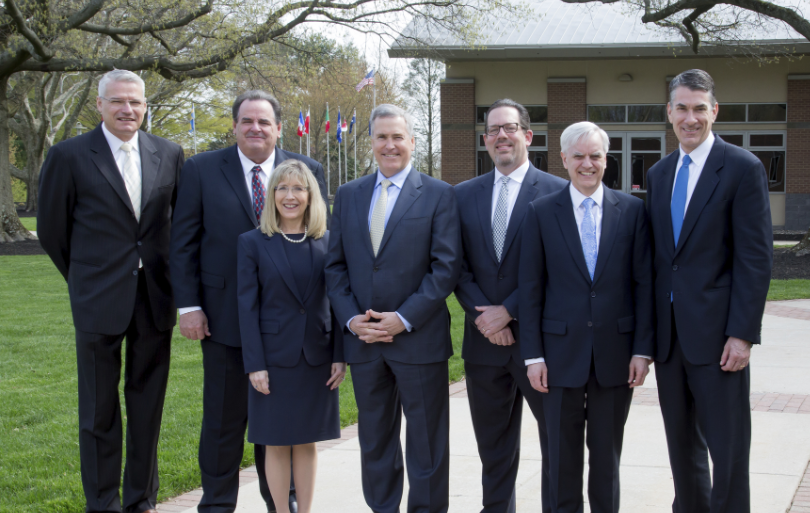 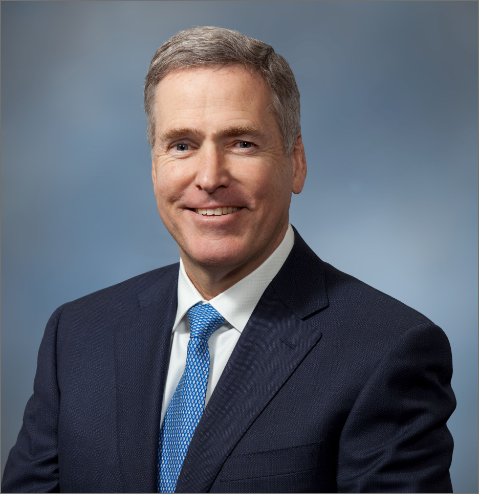 Brian McNeill joined Southco in October 2000 as President and Chief Executive Officer. In 2012, he led the expansion and creation of TouchPoint, Inc.

In the past 25 years, Brian has been directly involved in the planning and execution of both organic and acquisitive growth strategies in a variety of businesses and industries around the world. Prior to joining Southco, he served as Executive Vice President and Corporate Officer of Danaher Corporation. Brian has also served as Corporate Officer and Group President for Ingersoll-Rand Company's Security & Safety Business.

Brian holds a Bachelor of Science Degree in Industrial Engineering from Rutgers College of Engineering and a MBA from theUniversity of Pennsylvania Wharton School of Business. He is a member of the Board of Directors of TouchPoint, Inc. In addition, he serves on the Board of Advisors for the Berwind Group, a diversified Private Investment Management Company, and is The Chairman of the Board of the Federal Reserve Bank of Philadelphia. 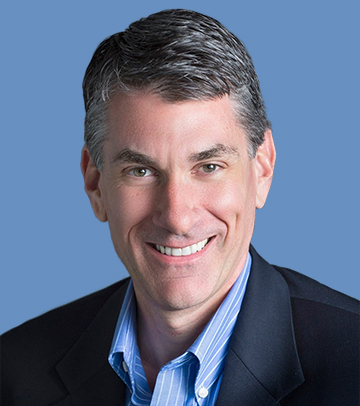 Doug joined TouchPoint, Inc. in August 2017 as Vice President, General Counsel and Secretary. Prior to his role with TouchPoint, he was Senior Vice President and Associate General Counsel for Endo Pharmaceuticals. At Endo, Doug was responsible for legal support of all major corporate and business functions, including Corporate Development, Finance, Commercial, Research and Development, Manufacturing, and Human Resources. Doug began his legal career as an associate with Drinker Biddle and Reath and also served as Associate General Counsel with West Pharmaceutical Services.

Doug received his B.A. from the University of Virginia and his J.D. from William and Mary Law School. 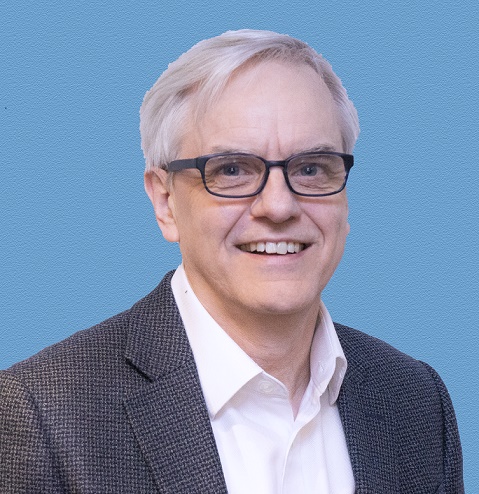 Paul joined TouchPoint, Inc. in August 2008 as Vice President and CFO. Prior to his role with TouchPoint, he was Controller for Federal Signal Corporation. Paul began his career in public accounting with KPMG in the United Kingdom and has worked in various roles within the manufacturing industry. His past companies include the Bardon Group plc, FMC, Great Lakes Chemical and Federal Signal where he performed various roles including Corporate Accountant, Senior Business Analyst, Business Unit Controller and Group Finance VP. At Federal Signal Paul was VP of Internal Audit, and VP and Controller.

In addition to his role with TouchPoint, he serves on the Board of Trustees for the Chester County Hospital System, a non-profit organization dedicated to healthcare provision in the area of Pennsylvania west of Philadelphia. Paul earned a B.A. in Economics from Leicester University, UK, an MBA from London Business School, UK, and is a Fellow of the Institute of Chartered Accountants in England and Wales. 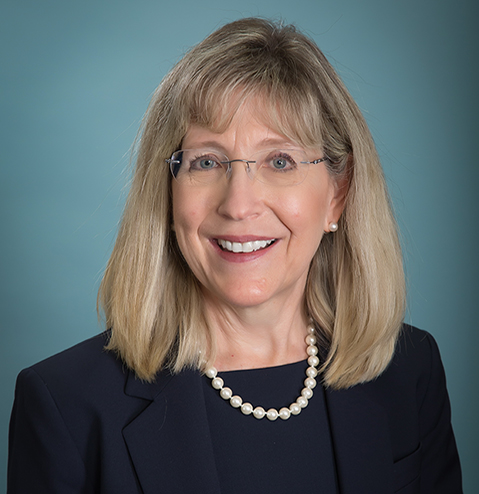 Denise joined TouchPoint, Inc. in August 2007 and serves as the Vice President of Human Resource Development.

Prior to TouchPoint, Denise worked for Johnson Matthey, a British multinational specialty chemicals and sustainable technologies company headquartered in the United Kingdom, in various Finance and Human Resource roles. In addition to her role with TouchPoint, she serves on the Board of Directors of Safe Berks, a non-profit organization dedicated to providing a safe haven and an ongoing support system for victims of domestic violence and sexual assault.

Denise received a Bachelor of Arts Degree in Business Management and a Bachelor of Science Degree in Accounting, both from the University of North Carolina, Charlotte. She is a Certified Public Accountant. 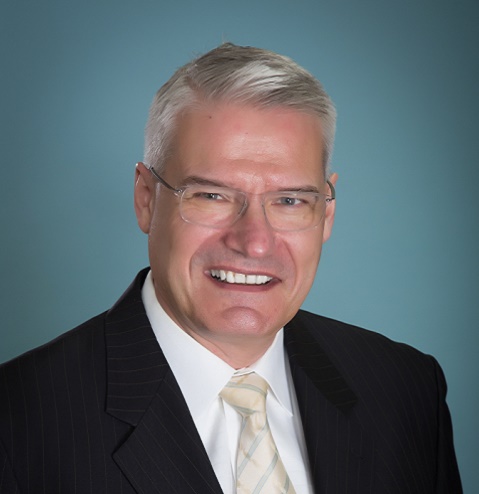 Thomas Mehler began his career with Southco in 1990, when he joined the company as an Account Manager in his native Germany.

In his 29 years with Southco, Thomas has held numerous management positions in various functions and locations throughout the organization. Beginning in 1996, he was named the Managing Director for Southco’s Europe operations and relocated to England. In 2001, he led the launch of Southco’s Asia Pacific operations, where he oversaw dramatic growth in China. Thomas moved to Southco’s Global Headquarters in the US in 2008, where he was promoted to Managing Director of the Americas Region. During his tenure as Managing Director, he spearheaded Southco’s expansion into South America with an acquisition in Brazil.

In 2016, Thomas Mehler became the fifth President in Southco’s history, which spans over 100 years. Thomas holds a Degree in Mechanical Engineering from Techniker Schule Frankfurt and a Master’s Degree of Business Administration from Bath University (UK). 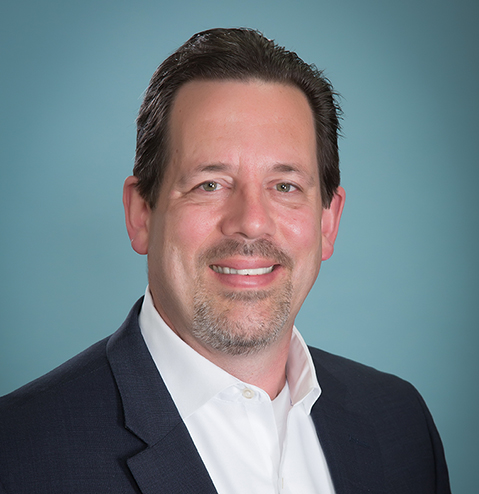 Brice Salle joined Southco in December of 2007 as Chief Information Officer.  In 2012, he joined TouchPoint Inc. as Vice President and CIO.
Brice started his career as a technology consultant with Anderson Consulting (Accenture) where he lead multiple projects with Fortune 100 clients creating custom and packaged software and technology solutions.  Brice then served as an IT Director with the Eyecare division of Novartis where he was responsible for the planning, implementation, and support for the Global rollouts of  of PeopleSoft, SAP, and Siebel CRM.
Brice holds a Bachelor of Business Administration in Marketing from the University of Georgia and a MBA with a concentration in Decision Science from Georgia State University. Brice is on the Board Of Directors for Go Make a Difference, a nonprofit aimed at alleviating poverty through education in the Dominican Republic. 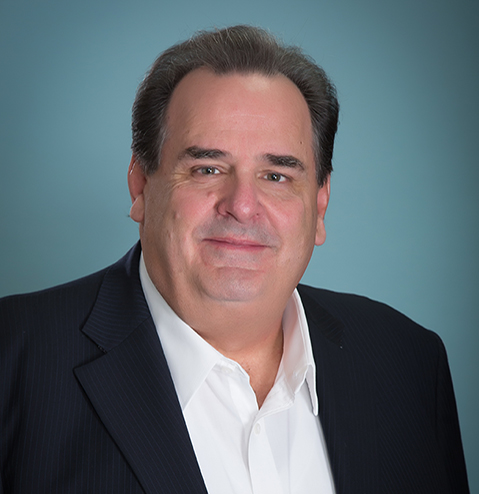 Raymond (Ray) Canzanese started with Southco in September of 1979. Over the next 20 years, he held various leadership positions in Operations, Customer Service and Sales. In 1999, Ray was promoted to Director of Sales and subsequently promoted to Vice President of Sales and Marketing.  Ray's implementation of customer focused sales techniques throughout the global sales force was a driving force in Southco's growth.   At the same time he built an effective sales management team to ensure Southco's customer focus would be transferred to the newest team members.

In 2016, Ray became the Vice President of Sales and Marketing for Touchpoint Inc.  In this role Ray has helped our new acquisitions become part of the TouchPoint team while educating existing TouchPoint associates on the customer needs of the acquisition.  Ray strives to ensure all TouchPoint companies share their best practices to stay ahead of the competition.

Ray is a former Fire Assistant Fire Chief for the Essington Fire Company.  He is a past chair for the MAPI Sales and Marketing Council and currently Ray sits on the  Board of Directors for the Weiler Corporation.

These are our core values. they underpin everything we do.

We understand the power of connecting to our customers’ needs, creating solutions and innovating for strategic advantage. We shape our internal processes to deliver the highest value to our customers. We win when the customer wins.

How we behave is as important as what we achieve. We are committed to the highest levels of legal and ethical conduct.

We honor our commitments. We share a sense of ownership. We align our personal goals with the goals of the organization and seek continuous improvement.

We believe in our people, our products and our vision. We recognize and appreciate each other for our contributions. We celebrate success and learn from mistakes resulting from informed risk taking.

Diversity of our global community

We value and respect cultural and individual diversity. We recognize the interdependence of people, organizations and geographies. We consult and partner with each other across international boundaries.

Our business must grow to prosper, and it is individual development that drives business growth. We foster an environment of developing, coaching, and enabling people.

We seek first to understand, then to be understood. Constructive and respectful feedback builds trust. Honest and timely communication builds alignment, and enhances performance.